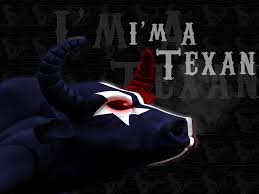 You do not pass on LeBron James. This guy is a phenom and has been one since 6th grade. Rick Smith has done a good job of not reaching at the top of the draft and picking BPA in the past. Clowney is definitely the best available player. Questions of him not giving full effort last season are accurate, yet are understandable. How would LeBron have played his mandatory 2nd year in college?  Pro day confirmed his status as #1 pick. Will be taken by Texans or pick will be traded for team to draft him. Clowney is the only player in the draft worth the #1 pick.

Could be some interest in Clowney and moving up, doubtful. Fisher has lots of experience with the Mathews family.  Robinson might grade a little higher but Fisher will not let Jake pass, he has known him since birth. Jake might be safest money to make 2030 HOF class. Good chance this pick is traded but not so low that Rams can’t insure they get Mathews. Best bet is Raiders moving up to get Watkins or Browns to get Bortles.

Could be some interest in moving up. Very unlikley Texans would allow divisional opponent to have Clowney. Jags need QB and I think Bortles as a local kids would be their choice.

Browns will not trade for Clowney. They will do a deal with Rams if they want Bortles before Jags get to him.

Robinson is great value at #5 for a team need. Never count out Raiders. They could have interest in Clowney. Would cost this pick, #36 and 2015 first rd. choice. J.Tuck, A.Smith and Clowney would be the best pass rush in NFL. With the additions they have made in FA all they need is WR. Could move up to Rams to get Watkins

I think this is the most likley trade partner for Clowney. They would need to offer #6, #37 and 2015 first round pick. Texans could then pick up QB at #33, trade back into first using #33and #37 or wait till 2015 with two #1’s on Mariota, Winston, Hundley or Petty. Texans will not move lower than #6 to insure they get one of big 3 QB or K. Mack. If Texans make this trade look for them to take Mack or Manziel at this spot. If they think they can get Johnny later in the draft they will pass and take Mack.

Evans will have biggest impact of any first year WR

Vike run to turn in the card. Possibly the best QB in the draft drops to them at #8. Forget the Johnny Football / Tarkington comparison. Teddy is Zimmer’s type of QB who can start now and complement AP. Vikes offense could turn the corner with Bridgewater at the helm.